There are different perspectives on the economic growth model of Vietnam in 2021 proposed by domestic research institutes. However, it should be noted that there are key points that have been put forward by Research Institutes to recommend.

In a recent report on Vietnam’s economic outlook 2021, the Institute for Economic Research and Policy (VEPR) has outlined two scenarios that are not too optimistic for Vietnam’s economy in 2021 with GDP growth at 5.5-5.8% (positive) and worse scenario is only 1.8-2%. While VEPR is inclined to an optimistic scenario, it is based on a well-controlled epidemic. But even reaching the highest level set by this research institute, it still did not meet the National Assembly’s target for GDP growth in 2021 of 6.0%.

Before the report of VEPR, TS. Can Van Luc and a group of experts from BIDV Research and Training Institute have made an optimistic forecast for Vietnam’s GDP growth in 2021 with 3 baseline scenarios, positive and negative. At a positive level, Vietnam’s GDP in 2021 may reach 7.5-8%, the base scenario (medium) is at 6.5-7% and in the negative scenario, GDP will grow from 4- 4.5%. 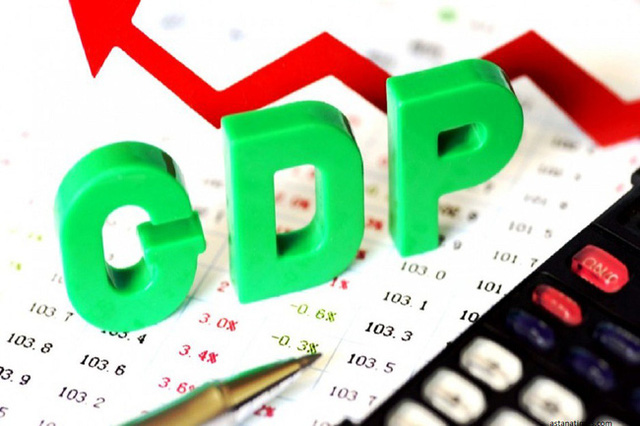 Share privately with Nhadautu.vn TS. According to Can Van Luc, the three growth scenarios mentioned above are all run by the BIDV Training and Research Institute based on relatively specific and accurate assumptions about the growth of each industry and field. Vietnam’s economy in 2021.

“With the baseline growth scenario, Vietnam could reach 6.5-7% by 2021. This is entirely possible because 2021 GDP growth is based on a low GDP growth base in 2020. Along with the fact that countries in the world basically managed to control the epidemic in the first half of 2021, vaccination was put into vaccination as a plan to gradually reduce infection, partially restore economic activity – society in different countries ”, PhD. Can Van Luc emphasized.

With a more optimistic scenario, if the policies to support businesses and promote economic growth will be quickly issued and deployed by the Government; the process of restructuring, digital transformation has been promoted; to attract domestic and foreign investment to recover… Vietnam’s GDP growth in 2021 may reach 7.5-8%.

Previously, in mid-January 2021, the Vietnam Institute of Economics also launched models that forecasted that GDP growth in 2021 of Vietnam could reach 5.49% (base scenario), 6.9 % (high scenario) and 3.48% (low scenario). However, the Institute of Economics said that the ability to achieve each scenario in reality depends on the world economic situation and the strengthening capacity to absorb foreign direct investment (FDI).

Before there are researches analyzing Vietnam’s growth model in 2021 from domestic research institutes, some international organizations such as IMF and World Bank have made optimistic forecasts about economic growth. year 2021 of Vietnam. These forecasts all show optimism about Vietnam’s economy in 2021.

What are the drivers and risks for GDP growth in 2021?

One of the reports that have fairly clear views on GDP growth in 2021 is that of VEPR, which shows remarkable risks to the economy in the coming time.

Factors believed to support growth are the government’s early control of the epidemic, helping to maintain domestic economic activity; The disbursement and construction progress of key public investment projects has been accelerated; the wave of investment and trade shifts in order to disperse risks from the US-China trade conflict; macro environment is stable, inflation is controlled at an acceptable level, creating an environment for the implementation of growth support policies.

Although there are different scenarios for Vietnam’s GDP growth in 2021, research institutes believe that disease control will be the leading factor in affecting GDP growth rate. Along with the ability to control epidemics is the maintenance and effective implementation of support packages, creating an environment for businesses to survive and operate and create; Along with that is promoting the application of technology.

The comments also said that the design of the first support packages is on the right track, but the policy implementation is ineffective, the administrative procedures are complicated and difficult to access. Therefore, it is important in 2021 to effectively implement the 1st support package, and then take the 2nd support into account.

Analyzing the difficulty in operating monetary policy in 2021, VEPR said that, in particular, it is very important to note that the asset bubble is forming on the stock market and the real estate market.

In fact, in 2020, property markets have seen significant growth, mainly because they are refuge for the idle money of investors and households. This is understandable during a period of crisis. However, the continuous lowering of deposit interest rates due to the decline in credit demand is pushing the cash flow of savings out of banks faster and faster. In addition, when price increases in asset markets are large enough to produce an effect of wealth, consumption increases for non-essential goods.

“This has led to the spillover of an increase in prices from the asset market to the consumer market, though slow, but perceptible. This is also a manifestation of the price increase phenomenon when the monetary loosening policy is pursued for a long enough time, ”said the VEPR report.

Accordingly, a remarkable recommendation in the coming time is that, under all circumstances, macroeconomic stability, particularly inflation, interest rates and exchange rates should be maintained. This is believed to be essential to prepare for the post-epidemic recovery period.

One of the more noteworthy points is, focusing on restructuring the economy and exploiting the domestic market, with priority to develop supporting industries as stated in Resolution 01 / NQ-CP in 2021 to mastering a number of inputs that are both restricting imports, increasing the initiative in many different situations, creating jobs and increasing connectivity among business sectors. In addition, it is necessary to have preferential policies (reducing taxes, fees …) to develop domestic production and trade to promote the domestic market.