In order not to witness a terrible inflationary nightmare, Mr. Biden and US businesses agreed to jointly implement a “90-day sprint” plan to save the supply chain.

The US is seriously short of drivers to deliver goods from ports to warehouses, stores… The Minnesota trucking association estimates the US is short of 60,000 drivers. The causes are many, but basically all are related to the epidemic, many leave jobs, the recruitment process is affected, and training classes are canceled. 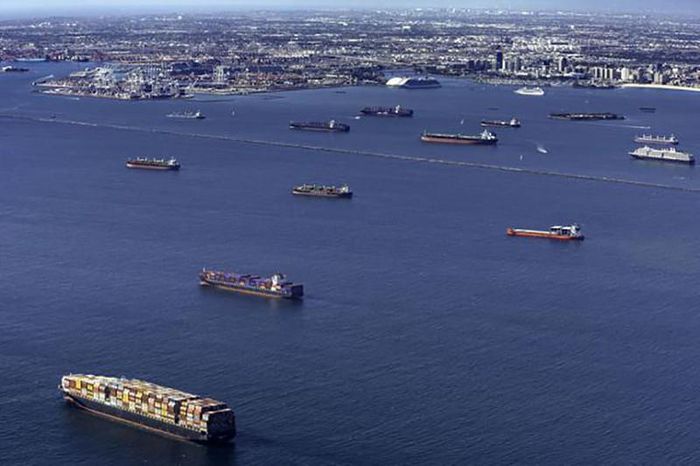 Our goal is not only to address this immediate bottleneck, but also to address the longstanding weaknesses in the transportation supply chain that this pandemic has exposed.

It can be seen that the links of the supply chain are having problems. Besides, the US labor market is also in short supply, manufacturing companies are still struggling to recruit people.

The Government of President Joe Biden has established a Task Force on Supply Chain Disruption since June. However, this new development has brought the government directly into the action. According to the news site The Hill, on October 13, President Biden met with senior officials, seaport operators, shipping associations, labor unions and executives of supermarket and forwarding systems.

According to the White House announcement after the meeting, the government has agreed with leaders of seaports and a number of large businesses on a “90-day sprint” plan. The White House said that between businesses in both the public and private sectors there was a commitment to unblocking the national supply chain transportation system – ports, rail transport, trucking, logistics.

Accordingly, in 90 days, a series of ports – especially the port of Los Angeles and the port of Long Beach in California, which receive 40% of container traffic into the US – will work 24/7 to speed up the processing of docked containers. . Previously, these two ports only worked five days a week, resting in the evenings and weekends. Accordingly, from now on each week ports will have an additional 60 hours of unloading openings.

Already, six major businesses – Walmart, UPS, FedEx, Samsung, The Home Depot, Target – have announced they will work overtime to clear goods at ports faster. The International Coast and Logistics Alliance says its members are willing to work overtime. Accordingly, it is expected that each week the ports will handle an additional 3,500 containers of goods.

Motor vehicle departments in the states will accelerate the issuance of commercial driver licenses to increase the number of drivers. Road and rail transport systems will work overtime.

It will be difficult to solve overnight

After meeting business leaders, Mr. Biden said he immediately called for support from the private sector in the belief that the plan “has the potential to change the game” but if needed, he would not hesitate. hesitate to direct federal assistance.

President and CEO of the American Chamber of Commerce Suzanne Clark believes that the situation will improve clearly once American businesses directly solve the problem.

Economics professor Austan Goolsbee, who served as chairman of the Council of Economic Advisers (CEA) under President Barack Obama, said Biden’s move to expand the capacity of seaports was “important and right”, although However, it will only partially open up, but not completely solve the blockage.

Logistics and supply chain expert Margaret Kidd at the University of Houston (USA) also agrees that this is not something that will go away “soon” and “we will still feel it in the next 12-18 months”. “. According to her, the specific time will depend on the epidemic situation. To get the supply chain running smoothly again, “we have to flatten the curve globally.”

A few days ago, answering the news agency’s question Bloomberg Whether supply chain disruptions will be resolved before Christmas, Transport Secretary Pete Buttigieg said it will be a “long-term issue”. The Hill also said many US government officials avoid making promises or guarantees that the situation will be resolved soon.

In the long term, there is a need to create a more resilient domestic and global supply chain, President and CEO of the National Retail Association Matthew Shay said.

According to economics professor Austan Goolsbee, (who served as chairman of the Council of Economic Advisers (CEA) under President Barack Obama), this is clearly a dangerous time for the Biden government. No matter what causes supply chains to become congested, history shows that people are impatient with such problems, he said.

Biden’s approval rating has dropped from 52.7% in June to 44.5% at the end of August, according to the statistical analysis firm FiveThirtyEight (USA).

Consumer prices in the US rose 0.4 percent in September from August levels and 5.4 percent from September 2020, mainly because of the momentum in energy, food, and cost of living. live. Republicans for months have criticized Biden for not having the right policies to curb inflation and would not pass up an opportunity to attack Biden if things got worse.