On 3-5, Dr. Huynh Nhu Dong, Head of the Department of Neurology – General Hospital of the Central Highlands, said he was treating many patients who fell while collecting pepper. Only the Department of Neurology, General Hospital of the Central Highlands received more than 120 people who fell while picking pepper in 2 months.

Ms. Ly Thi Thu N. (34 years old, living in Dak Song district, Dak Nong province) is not completely shocked after the operation. She shared that about a week ago, she went out to the garden and climbed a ladder to pick pepper. When she had just picked a few minutes, unfortunately, she fell from a height of 3.8 meters to the ground in a sitting position, causing her spine to break. “I fainted and lay motionless. After more than an hour, I woke up, so I took the phone to call my family member to go to the emergency room. Due to the expired health insurance, I have to pay more than 40 million VND for the operation “- Ms. N. vowed.

Similarly, Ms. Lo Thi M. (56 years old, living in Cu Jut district, Dak Nong province) is being treated at the Central Highlands General Hospital due to a fall from a height of about 3m while climbing pepper. Mrs. M. fell to the ground and was crushed by a ladder, breaking her spine.

Only at the Department of Neurology, Central Highlands General Hospital, in March and April 2021, there were more than 120 occupational accidents caused by falling while climbing pepper. Of which, there were 44 serious cases, spinal injuries, surgery. 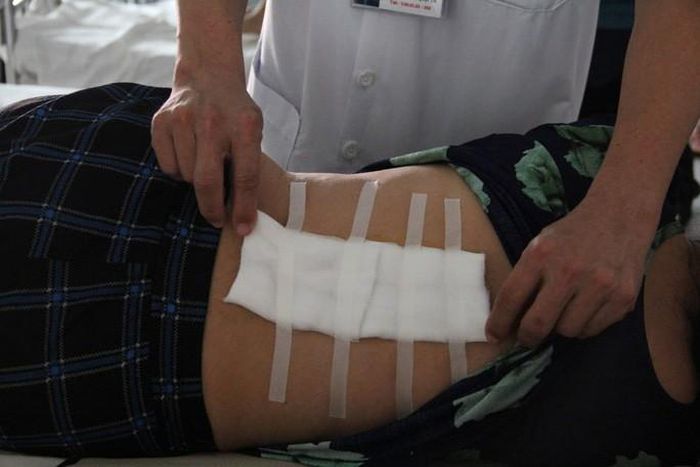 Doctor Huynh Nhu Dong said that some accidents showed that when picking pepper, people could not set a ladder, standing unstable, leading to falls. In addition, planting pepper clinging to the pillars of the morning glory, avocado, durian, and pepper reaching 5 – 6m high, while the ladder for picking is limited but still trying to pick, leading to a lack of legs. In addition, picking pepper when the weather has strong winds can also easily cause the pickers to fall.

Many people were paralyzed and died

According to doctor Huynh Nhu Dong, patients who fall when picking up pepper are admitted to hospital mainly with spinal fractures, heel fractures, coordination fractures, in some cases marrow rupture, causing complete paralysis. In many cases, people who are hired for hire, without insurance, in each spinal surgery up to 40 million VND, very difficult. “Therefore, we advise people to be careful when picking pepper, to wear protective gear, so buy health insurance” – Dr. Dong recommended.

In fact, not only were injured and paralyzed, many cases died from a fall while going to the toilet.