The disruption of the supply chain has a significant impact on the delivery time and at the same time, the goods are stagnant at the port. 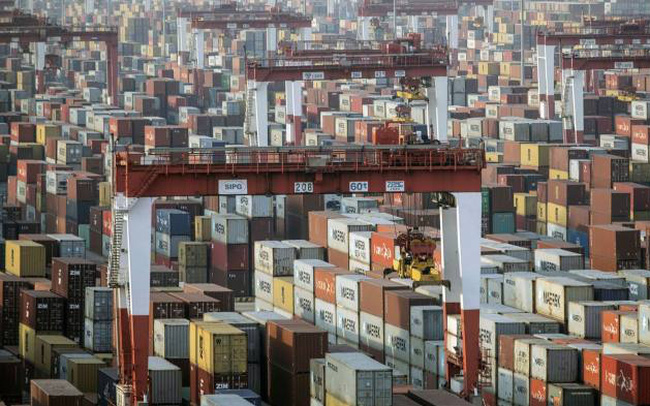 Hong Kong-based electronics maker Steve Chuang has received steady demand from the US and European markets over the past year. However, like many Asian exporting companies, he is having difficulty getting his products into the hands of customers.

Chuang’s business is one of many that is benefiting from the trade boom, which has helped the region’s economy recover from last year’s pandemic recession.

But their success is being hampered by the disruption of the global transport supply chain. The surge in exports from China to the West, combined with port delays caused by the pandemic, has left many containers out of place, queues for ships out of ports, and skyrocketing freight rates.

The Chinese media calls this “a box that’s hard to find”.

The cost of shipping a 40-foot container from China to the US has quadrupled in the past year. “We have never seen a similar phenomenon in the past two decades, empty containers cannot return to Hong Kong,” said Chuang.

China has recovered from the pandemic faster than any major economy. Exports of goods, electronics and medical equipment soared.

China’s export volumes have increased at double digits for several consecutive months. At the end of last year, the country’s trade surplus reached a record high.

But rising demand for Chinese products comes at a time when pandemic-related restrictions and shortages of manpower at ports occur across the United States and Europe, leading to container shipping. Return to East Asia ports was delayed.

The president of the Hong Kong Maritime Transport Association – Roberto Giannetta said the lack of transport and warehouse workers in other parts of the world has limited ports’ ability to return containers to China.

“A large number of unknown containers are actually located. . . It could be Australia, Eastern Europe or Central America, ”he said. “It was like a” perfect storm “that prevented containers from returning to Asia.”

Wanlong Chemical president’s assistant in Wenzhou Hu Haoli said freight rates remain high. However, it has only partially impacted a company’s business because the products they sell are inherently premium.

But for other businesses, especially China’s textile and apparel industry, this stagnation is seriously affecting. An exporter in Shaoxing, China, said the sharp increase in freight rates in December caused many textile and garment enterprises to close.

The shipping line operators had hoped that halting production of traditional factories during the Lunar New Year would reduce production volumes, giving the shipping lines an opportunity to catch up with market demand. But that hope did not come true. Some Chinese factories have forced their employees to continue working during the holiday season in response to global demand.

These delays and shortages run the risk of pushing up commodity prices. In Hong Kong, Chuang said he faced two to four weeks of shipping delays. His company is in talks with customers to share costs, which is causing product prices to increase from 2% to 5%.

Most affected are the routes from Asia. The shortage of containers is also showing signs of the “return leg”, hitting companies importing into China. In January, McDonald’s in Hong Kong announced that a delay had disrupted its supply of mashed potato cakes. The shortage of peanuts for the cheesecakes also happened for the same reason.

Ports are scrambling to get more containers to ease the shortage. Recently in Ningbo, a major port in Zhejiang province (China), the authorities helped to supply an additional 730,000 empty containers.

John Fossey – Head of Container Equipment Research and Lease Operations at Drewry (a marine research consulting firm) – said the volume of shipping containers decreased year-on-year in the first half of 2020. , then increased sharply in the second half of the year. During the year total production increased by 10%.

According to Fossey, new containers will have higher prices due to increased demand, combined with rising raw material costs such as steel. He said the price of a new container to deliver to customers this summer is now around $ 6,200, an unprecedented price. This, he warns, “may prevent some owners from contracting to buy new equipment.”

While some reports from China suggest activity at its ports is improving in recent weeks, those in the shipping industry remain pessimistic about the prospects for the coming months. Hong Kong Shipper Association Chairman Willy Lin said there will be no signs of “cooling” at least until the summer of this year.

Mr. Lin emphasized the possibility that manufacturers could switch to more commercial routes by road, especially by land transport from Guangxi province (China) to Vietnam and to Southeast Asia. Chuang said that some businesses are looking to export to Europe by land via Russia.

“Only a fraction of the ships in the world are in use, too many are just stopping at ports waiting to be unloaded,” Giannetta said.

According to Business and Marketing