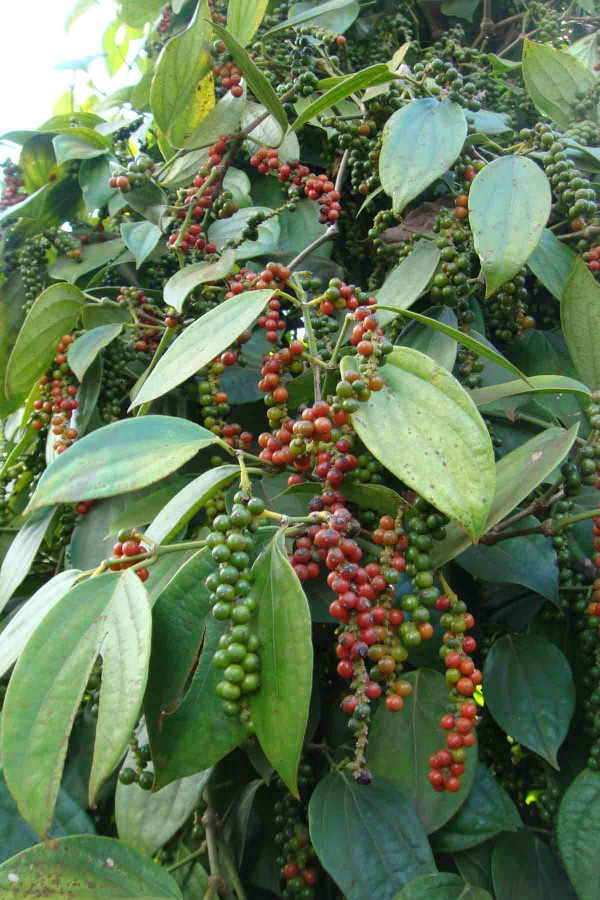 After losing VND 50,000 / kg in the aforementioned provinces, pepper prices in other provinces such as Binh Phuoc, Dak Lak and Dak Nong also fell below this week.

According to some experts, pepper price has continuously decreased in recent years and lost 50,000 VND / kg in all key growing areas with many causes.

The first is the phenomenon that Chinese traders, after organizing the purchase of pepper from Vietnam before, have sold the pepper back to some Vietnamese enterprises that need to gather enough goods to export. Some of the top pepper exporters have previously signed long-distance contracts at low prices.

Recently, when the price of pepper continued to increase (sometimes surpassing 60,000 VND / kg), these “big companies” have sought ways to pull down the price of pepper such as bringing inventory for years to hand over or using media. to scare people who “hug” weak balls …

Although pepper price has lost 50,000 VND / kg, it is likely that the price will not drop to low level, because at current prices, people will not sell pepper anymore.

Meanwhile, traders from China, the United States, the EU … have begun to accept new prices, especially when the information about pepper production in Vietnam will decline sharply in the coming season is gradually being disseminated. outside.

According to Mr. Binh, in most of the key pepper growing areas in Ba Ria – Vung Tau, Dong Nai, Binh Phuoc, Dak Nong, Dak Lak … most of the pepper gardens have been seriously degraded due to farmers’ inability, no more interested in pepper gardens after 4 years of continuous price reduction, from VND 200,000 / kg to VND 35,000 / kg (April 2020).

Besides, the harsh weather this year also ruined a series of pepper gardens. These are the main reasons why the yield and output of pepper are on a sharp downward trend.

As the largest pepper producer in the world for many years, what is Vietnam’s pepper output in the coming crop is a big concern of many foreign customers, especially when Vietnamese enterprises are currently not offering long-distance delivery in large quantities (which can be interpreted as due to ample supply of goods).

Therefore, the information that Vietnam’s pepper output is on a strong downward trend will support pepper prices in the near future.

The fact that many small companies have signed export contracts with new prices will also have some impact on pepper prices.